Welcome to the Raising Hope Wiki 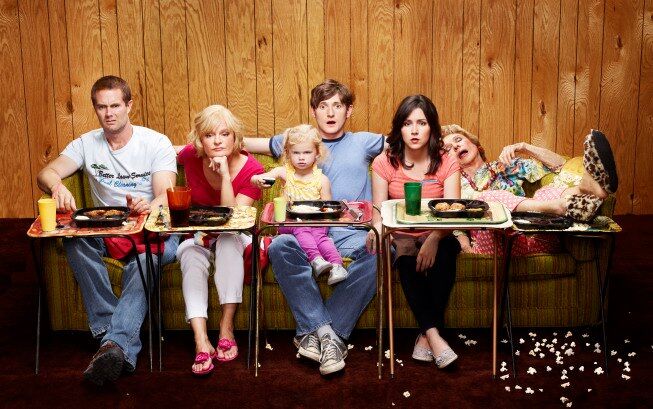 Whilst returning home from getting bubblegum ice cream, 23-year-old Jimmy Chance (Lucas Neff) saves Lucy (Bijou Phillips) from her boyfriend, and has a one-night-stand with her in his front garden. The next morning Jimmy and his parents, Virginia (Martha Plimpton) and Burt (Garret Dillahunt) realize from a news report that she is a serial killer who has murdered her previous boyfriends, and in response Virginia knocks her out with a television.

Eight months later, Jimmy realizes she is pregnant with his child, and after she is sentenced to death, Jimmy has to raise his daughter. Convinced he can do it, he tries to raise her on his own, but eventually his family helps out, renaming the baby from "Princess Beyonce" to Hope.

Go to these sites for info or for help with your own wiki!

Community content is available under CC-BY-SA unless otherwise noted.
Advertisement